Teacher, whether the world is hostile to humans? Or it brings the benefit to them?

- I'll tell you a parable about how the world belongs to the person - the teacher said.

Once upon a time lived a great cheich. He ordered to build a beautiful palace. There have been many miraculous. Among other oddities at the palace there was a hall where all the walls, the ceiling, the door and even the floor were made of mirror. Mirrors were unusually clear, and the visitor could not understand immediately, that there is a mirror in front of him. In addition, the walls of this room were arranged so to create an echo. You ask: "Who are you?" - And hear a response from all sides: "Who are you?" Who are you? "Who are you?"

One night a homeless dog walked into this hall. Of course, the first thing that the dog saw wasn’t the beauty of the castle but hundreds of other dogs looking back at the dog from the mirrors. To protect itself from all these creatures the dog bared its teeth and all other creatures bared their teeth. The dog became cautious and began to growl but the only thing that the dog heard was a loud growling echo.

This castle had excellent acoustics. The dog became scared and realized that its life is in danger and so the dog began to bark as loud as it could to defend itself. The louder the dog barked the louder was the echo of hundreds of other creatures. The next morning, when people came into the castle, they found a dead dog.

Next day in the morning people found the miserable dog, lifeless and surrounded by a million reflections of lifeless dogs. There was nobody, who would make any harm to the dog. The dog died by fighting with his own reflections.

So now you see – finished the Teacher, The world doesn't bring good or evil on its own. Everything that is happening around us is the reflection of our own thoughts, feelings, wishes and actions.

World is a one big mirror. 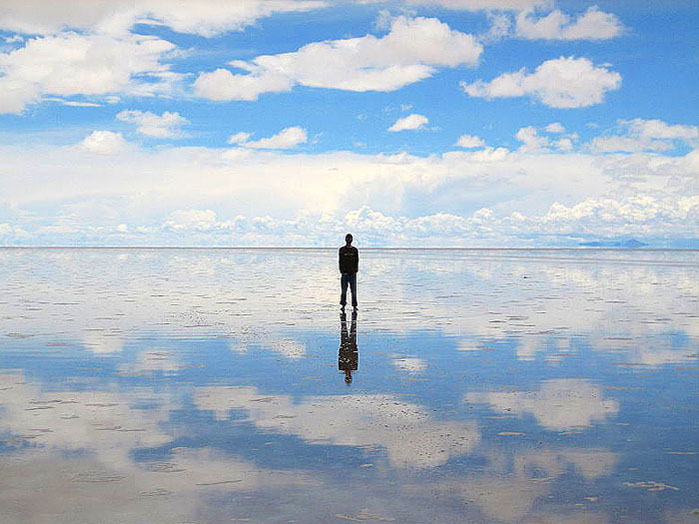